One of the world’s largest gaming conventions, Gamescom, will include news about Sonic Frontiers, the next open-world Sonic the Hedgehog game, Geoff Keighley stated earlier today.

This news has greatly increased the anticipation of many Sonic the Hedgehog fans for Gamescom 2022 since they have been eager to learn more about this game.

Every year, the enormous Gamescom trade show is hosted in the Kölnmesse in Cologne, North Rhine-Westphalia, Germany.

New games are shown at the event, and players may test them out ahead of time. The dates of this year’s Gamescom are August 23 through August 28.

Sonic Frontiers will be one of the titles exhibited at this year’s Gamescom, Geoff Keighley said through a tweet. He informed his fans that on August 23, the opening night of Gamescom, a brand-new look and information about the forthcoming, first open-world entry of the Sonic the Hedgehog series will be disclosed.

Many Sonic the Hedgehog fans were overjoyed by this news and expressed to others how eager they are now for Gamescom.

Some gamers even mentioned information about Sonic Frontiers that they would want to know, such as the release date and more gameplay features that haven’t been displayed in trailers or gameplay footage.

Sonic Frontiers was initially shown during a Sonic Central event in May 2021, when the creators’ intentions to commemorate Sonic the Hedgehog’s 30th anniversary were unveiled. Sonic Team and Sega released Sonic Frontiers.

It was supposed to be out last year, but it won’t now until the end of 2022. Fans have been eager to learn more about the game, expecting it would transform the franchise the way other open-world games have.

Recent days have seen a flurry of Sonic the Hedgehog announcements, including a partnership with Fall Guys via which users of the party battle royale game will be able to get skins with Sonic the Hedgehog themes during an event dubbed Sonic’s Adventure, which will run from August 11 to August 15.

The release date for Sonic the Hedgehog 3, the third film in the franchise, has likewise been set for December 20, 2024.

The knowledge that fans will hear more about Sonic Frontiers at the end of the month only makes things better, given how much of the recent news has focused on Sonic the Hedgehog. 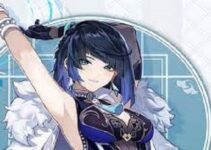 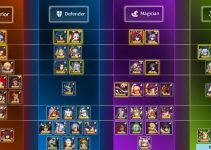