A gang called ALPHV is said to have launched a ransomware assault on Bandai Namco Entertainment. Bandai Namco has not acknowledged nor rejected these accusations, which suggests that a ton of crucial material may now be in the hands of these hackers.

It reminds me a lot of what happened to Capcom a few years ago, leading to internet leaks of games like Dragon’s Dogma 2 far before their official release. One of these leaks seems to be the name of a future Elden Ring DLC.

It should be noted that it took a few days for the material from the Capcom hack to surface online, but it now seems that Bandai Namco’s fiscal year 2023 plans have been made public ahead of schedule.

If Bandai and ALPHV cannot agree, more information will likely leak. Alternatively, it’s possible that the information below is entirely false and was informed by someone who took advantage of the potential hack to release some make-believe games, including likely Elden Ring DLC.

The following illustrates Bandai Namco’s intentions for FY2023, albeit it should be taken with a grain of salt.

It’s difficult to tell with certainty how much validity this list has, but maybe in the following days, it will become clearer. Regarding FromSoftware’s DLC strategy, Elden Ring DLC in Q3 FY2023 is on the lengthy end, but it makes sense considering the scope of the new product.

Or maybe these barbarians travel to the Lands Between in search of retribution when Godfrey is defeated. Many possibilities exist, but only time will tell.

This list is intriguing overall since nothing is unachievable, yet several items seem implausible. For instance, a game from FromSoftware called Armored Core is in the last stages of production, but a Q1 FY2023 release would seem a little early—not impossible early, but strangely early.

Some of these games have yet to be confirmed, such as Tales of Ascension and Code Vein 2, while others, such as Dragon Ball Xenoverse 3, have been mentioned in previous rumours and leaks. 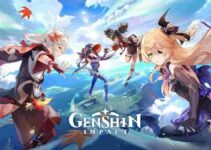 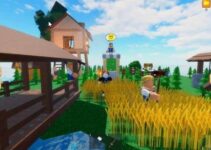