AI-based Video Games: Depression and mental health are taboo topics worldwide, primarily due to their intangible nature. However, we’ve witnessed numerous research and tech companies take those necessary measures to deal with and assess the mental well-being of those suffering.

Researchers have come up with video games that could aid doctors in treating patients suffering from depression.

Neuropsychology inspires the games. They are then paired with an analysis of facial microexpressions and speech patterns of the participants to determine the state of their minds.

Thymia states that the current system to assess mental health issues like anxiety and depression is ambiguous, mostly built on subjective questionnaires, and biased.

Additionally, the company states that doctors frequently complain of spending longer doing administrative duties instead of seeing their patients.

“Right now, the existing system is flawed in many ways, GPs don’t have time, the existing systems they have are subjective incredibly biased questionnaires, and there’s no follow-up between appointments,” said Thymia, CEO and co-founder Dr Emilia Molimpakis in an official statement.

“Thymia is the first system that offers objectivity and uses several types of data to create an accurate and robust model of depression,” she said.

Thymia developed the video games-based mental health tracker system to aid clinicians and patients in light of these concerns.

The company states that users can sign up for their website and engage in several enjoyable activities and games.

In this way, the system will evaluate the risk and level of depression and produce an individualized report of people who use it.

The company utilizes neuropsychological games to collect data on a person’s cognitive traits, including error rate, reaction time and memory.

In addition to gaming, Thymia employs facial recognition features that are anonymous to search for depression-related signs.

The app also tracks audio recordings of patients to determine symptoms of depression through speech.

If a patient requires medical assistance, they could visit their doctor. The doctor will have the ability to use the information gathered by Thymia’s system to diagnose the patient if needed.

Patients can also play various games, activities, and other features available on Thymia’s platform to track their changes in behaviour over time as they undergo treatment.

This allows both the patient and the doctor to evaluate the changes in their behaviour and assess whether the treatment is effective or not.

The company is currently collecting the data of more than 2000 depression sufferers and healthy people to develop its AI-based model.

But, experts are uncertain about whether the AI system could have the desired effects for patients.

The first clinical trials will be conducted to test the system later in the year. 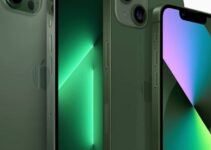 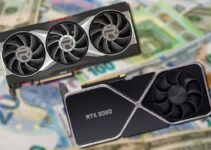