This world has started with a somber series of events, and it’s the same for Facebook. Recently, since the second half of 2019, the social media giant has faced serious controversies from across the world. Stealing of private data, breach of personal info by hackers, and extensive surveillance on the part of the gatekeepers received a serious backlash from international media. Today, the internet is divided on the topic of transparency of Facebook. There are a lot of questions, which ordinary people don’t know the answers to, but they can feel that the platform has attained enormous power over its consumers forcing them to look for some Facebook alternatives.

Therefore, we have come up with some of the best alternatives of this giant which score higher in a multitude of ways. So, before any further, let’s head straight to the list.

But, and there’s always a but, we got to list down the different utilities of the social media giant so that we can ascertain a series of Facebook alternatives to furnish all that it used to serve.

Well, this is exactly what this social media alternative marketed its entry with. Ello was launched in 2014 and created quite a furor across the United States. It was during that time when Facebook made it mandatory to include real names in the profiles, instead of fancy names which used to be the fashion back then.

Ello works like the good old scrap-based social media website called Orkut. You can’t randomly be a member of the website, and someone needs to send you an invite to join the network. One of the best reasons to choose this network is it doesn’t force ads down your throat, and you can filter your friend list in 2 groups: friends and noise. Yeah, it’s that literal, and it’s one of the best features of this website.

Other than this, some of the top features of Ello include:

If you’re tired of algorithms (who isn’t!) manipulating your hard-earned followers by not showing your posts to them, Vero is a rad Facebook Alternative which has completely done away with it. Vero says about itself that it’s “a social network for anyone who loves anything enough to share it – and wants control over whom they share it with. Just like we do in real life.”

To talk about the technicalities, Vero has everything sorted with its chronological algorithm, meaning it will show every post of every friend you have, in the order it was posted. This was the same algorithm that Facebook followed in its initial days. Life was so simple back then! This is also the reason behind the platform not having any ads, neither any dubious methods to further not-so-good content simply by mastering strategies.

The other exciting features of Vero includes:

When Mastodon was released in 2017, it was hailed as ‘Twitter without Nazis’. And there are reasons to call it so. If Twitter came out as a viable Facebook Alternative, Mastodon is a great alternative that comes without ads and the conventional algorithms used in social media. So, how does it work? Traditionally, you had to login in, to a social media account, and that’s it. Here, you got to login to instances, which have their followers, and you can add to as many instances as you want. Consider Mastodon as a social conglomeration of all these posts which works like Tweetdeck, the professional interface of Twitter.

In one column it shows the posts/instances you follow, and on the other, it streams your notifications. It’s a decentralized app that doesn’t allow anyone to take center stage simply by applying strategies learned from Google Trends. Here are some of the great features you will find in this app:

You must have heard about it already and by all odds, have used it before as well. Quora is an ingenious app that lets you connect, grow, and take on innumerable followers with your voice. It’s an app where your voice truly matters and works on the age-old principle of upvotes. It is a question/answer app that has gained huge popularity in recent years and stands out as a wonderful Facebook alternative for more than one.

First, unlike Facebook, the network thrives on how many problems you can solve, and how many people ask the real questions. For instance, you ask a question and make a thread. Someone else answers it, and various other users mark it helpful. Now, both the question and the most helpful answer get upvotes, and you gain a bit of fame in the herd of influencers. Easy-peasy, right?

So, here are the other exciting features of this platform:

If you are a fan of a clutter-free and no-one-asked-kind-of-information-free space, Raftr can be your go-to. Again, like Vero, it makes a huge claim that it’s a ‘civilized social network’. Launched in 2017 by Sue Decker, the vision of the platform was unique in the sense that it put stories first, and not the ones posting them. This is why, when you go to join the network, it asks you what kind of info you would prefer. You can choose between the events of the world and that of your specific college or university.

The best part about Raftr is it’s so easy to find people and follow their stories, and everything is shown in perfect chronological order. Moreover, the concept of ‘unfolding stories’ is as easy as it sounds. All the stories are upfront and work in a beautiful communitarian network.

Its exciting features include:

If you are a fan of decentralized networks like Mastodon but would like to have a more user-friendly interface, Diaspora could easily win the catbird’s seat. It’s gaining a lot of popularity in recent years, as more and more users are getting tired of the ever-changing, complex algorithms of Facebook. Hosting over a million users worldwide, it’s one of those Facebook alternatives which proudly protects privacy. With this social media network, you can easily have pen names for yourself, unlike Facebook, that has changed its title policy, forbidding the use of fancy names.

The features that make this app unique are:

One of the major reasons behind Facebook gaining huge popularity is that it’s a gigantic network of direct peer-to-peer advertising. That’s why even if there are innumerable ads, people still flock to Facebook because their revenues depend on these connections. This is the reason we have included this intelligent and newly developed app called Minds, that’s decentralized, to begin with. It’s one of those apps which use cryptocurrency in its payment mode, which is why Facebook lost its nerve and decided to start its own cryptocurrency.

If you aren’t aware of how Minds works as one of the perfect Facebook alternatives in terms of money-making, read on:

We were thinking of ending the list with a blast and who can do justice to such a wonderful ending other than Steemit? For those who aren’t aware, Steemit is a rapidly growing Facebook alternative, that’s partly a blogging website and part-social network. Its primary platform works like Reddit and has an upvote and downvote mechanism. But its beauty also lies in the cryptocurrency it has introduced.

We have already talked in detail about the various Facebook alternatives which serve different purposes. But on the off chance that these don’t serve your needs, we have another list of wonderful alternatives of this social media giant:

So, here we are at the end of this long piece. The point about finding great Facebook alternatives is that you got to narrow down your purpose. As Mark Zuckerberg had created an all-encompassing platform, it easily gobbled up all the other social media platforms dedicated to something particular. But it’s not long before people get tired of a data breach, that the tech giant is going to be replaced soon enough.

Our opinion is that you should browse through all these apps and find the ones which serve your blogging, artistic, and money-making needs. That is, till the time, something as holistic as Facebook comes to the fore, but this time with simpler algorithms. Goodbye and good luck! 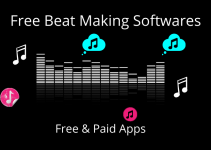