Download Overwolf New World Minimap Plugin: Many New World players have difficulty locating resources and other items due to the lack of a minimap.

Although Amazon Games has not officially released a minimap for the game, there is an unofficial add-on available for players to get this functionality in their game.

We came across this plugin on Reddit, so we’d share our thoughts on this as well. So let’s see what exactly Overwolf New World Minimap Addon is and how to download this mini map feature.

What is the Overwolf New World Minimap plugin?

Overwolf New World Minimap Addon is a mini map feature for the game created by the Reddit user u / morbrid and his friends. He posted a video showing the running map with all the important icons and locations.

Morbid has uploaded the map to Overwolf for everyone to download and use. According to the plugin description, the mini map also displays minerals, herbs, essences, chests, including map data from new world map.

The minimap plugin will also show you all the crafting stations and other points of interest. More features and functions will come to this in the future, according to the description on the Overwolf website. 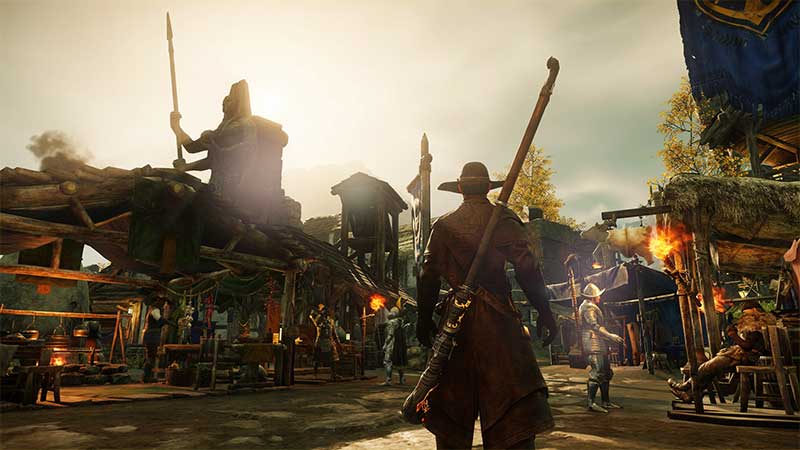 We have not received any kind of confirmation from Amazon Games that this add-on is not considered a modification.

But according to Amazon Games restrictions cited by u / LymeM “… or modifications that are not expressly permitted by us in an applicable policy posted on our website” “Or use other software or services that give you an unfair advantage”.

Then Reddit user u / morbrid commented “I will definitely look into this and try to get more clarification. It seems a bit of a gray area, because the information is already available on a website, it can be argued that it is not unfair. Otherwise, if deemed unfair, that website could also be against the terms of service.”

Also on the positive side, u / morbrid He also responded to another comment that “Thanks! The minimap runs in Overwolf and is the only process that runs. I think Overwolf is whitelisted for anti-cheat so I would say that you are unlikely to be banned. I understand minimaps are a gray area right now, so if AGS issues a statement saying they’re not allowed, I’ll either remove the app or modify it to meet their TOS, rather than risk users being banned.”

So according to u / morbrid Overwolf is included in the anti-cheat whitelist, so there should be no problem for gamers. But to be safe, we suggest that you wait for a further confirmation on this topic from Amazon Games.

We don’t want anyone to receive any kind of ban (not later in the future for this), so use this plugin with caution or wait until we hear “ok” developers.

What to do in the meantime in the New World?

Well, if you don’t plan on getting the unofficial mini map plugin, we’d like to share some feedback from other users (looking for a solution to this) on the same Reddit thread.

Reddit User u / tirnuel He says “It’s annoying that the map doesn’t automatically zoom in while you’re in town.”. u / eniLk_ add “I agree, but there is an auto-center icon that you can click once you zoom in and it will move the map to your current position. Something like GPS applications on your cell phone .”

u / coolfangs add “Don’t forget the zoom in, notice that you zoomed in on the completely wrong part and you have no idea where your map is, zoom out so you can zoom in on the part you initially wanted to zoom in.”

u / Aoitara commented, “If you zoom in on a random part of the map, you can exit and reopen the map and it will zoom in and focus on you.”. u / Saintphoenix1986 He says “You know the map is getting closer to the mouse, yes, not just the center”. To which u / Ailly84 added, “This is really useful advice. Thanks. I never thought the map would keep its zoom level. “

That’s all about what exactly Overwolf New World Minimap Addon is and how to download this mini map feature.